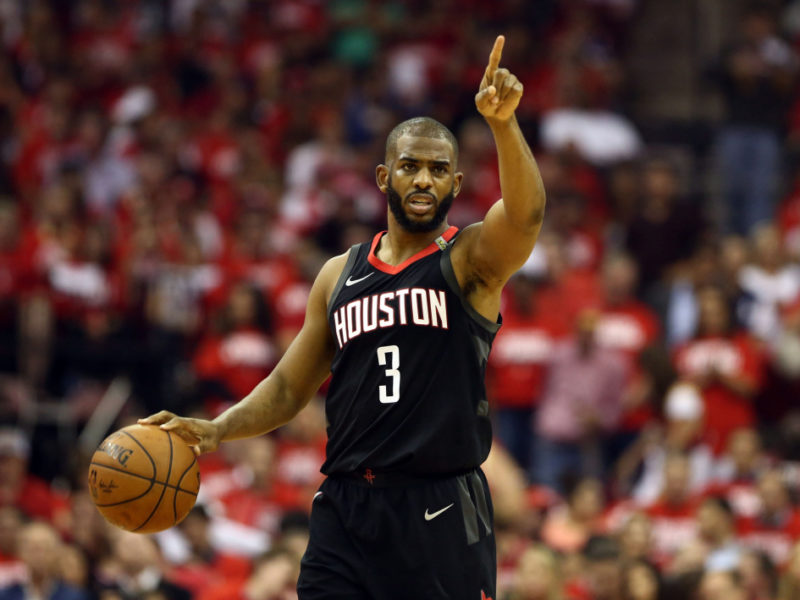 The road to the Houston Rockets’ first NBA championship since 1995 just got a detour. On Friday, the franchise announced nine-time All-Star Chris Paul would miss at least one...
by Zach Freeman May 25, 2018 537 Views 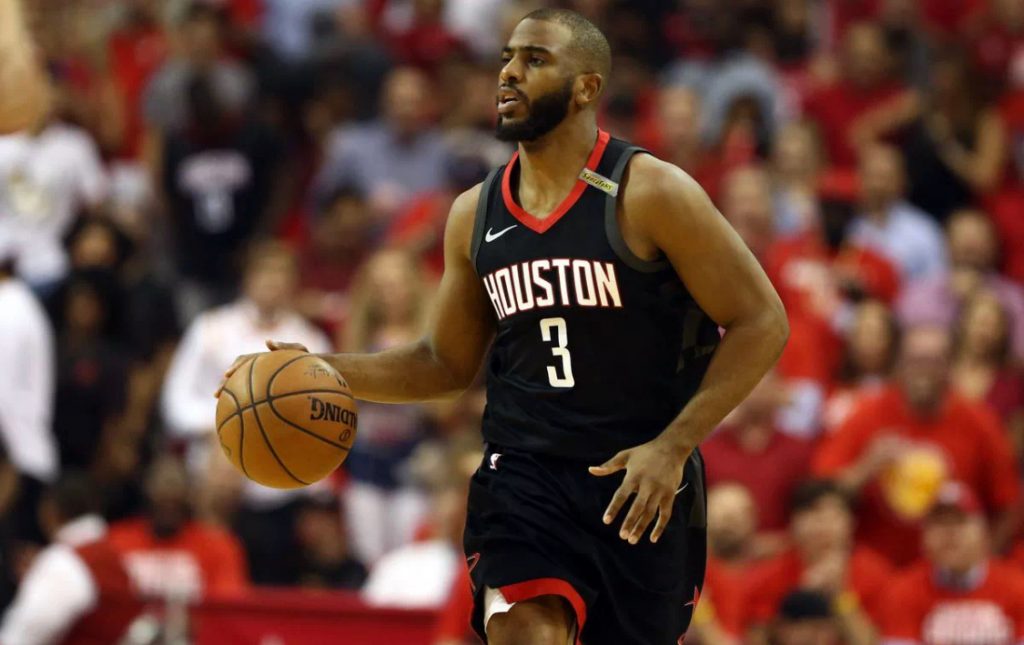 The road to the Houston Rockets’ first NBA championship since 1995 just got a detour. On Friday, the franchise announced nine-time All-Star Chris Paul would miss at least one game after suffering a right hamstring strain in his team’s Game 5 victory over the Golden State Warriors. The timetable for his return is still unclear.

“. @CP3 will miss Saturday’s game at Golden State with a right hamstring strain.

He will be re-evaluated after the team returns to Houston.”
– @Houston Rockets (@HoustonRockets)

Paul limped off the court with 22.4 seconds remaining in Thursday’s win after tweaking the hamstring landing after a jump shot in crunch time. ESPN reported that he remained with trainers getting treatment until approximately midnight, or around 90 minutes after leaving the court. While the injury kept him from playing in the final few possessions of his team’s most important game of the season to date, Paul remained optimistic about his return.

“I will be all right,” Paul told Marc J. Spears of ESPN’s The Undefeated. When asked if he’d be ready for Game 6, he responded with a simple “oh, yeah.”

But head coach Mike D’Antoni was more cautious in his approach to the veteran’s balky leg.

“We’ll see [if he’ll be cleared to play]. He’ll be evaluated tomorrow, but obviously you saw him limp off, and he’s a tough guy,” D’Antoni said after Thursday’s win. “They’ll do whatever they can do. If he’s there, great, good for him. If he isn’t, we have enough guys; it’s time for somebody else to step up.”

Paul’s optimism was refuted by a report out of Houston early Friday.

“”Not good,” a Rockets source replied to a text asking about Chris Paul (hamstring) feels this morning.”
– @Tim MacMahon (@espn_macmahon)

It’ll be another playoff injury for Paul to deal with

Paul has played through maladies in important games throughout his 13-year NBA career. In 2015, he played through a similar hamstring strain while outlasting the Spurs in an explosive first round series.

He’d miss the Los Angeles Clippers’ next two game in the Western Conference semifinals – coincidentally against the Rockets. While his return helped push L.A. to a 3-1 series lead, his heroics weren’t enough to stop Houston from coming back to win the series. Paul came back slowly, playing fewer than 27 minutes in Game 3 and 4 victories, then shouldered the load in a big way for the final three games of the semifinal – he averaged 26.7 points, 10.3 assists, and shot 50.9% from the field, but couldn’t fend off James Harden’s team in a crushing playoff defeat.

But Paul’s recent postseason maladies haven’t always been the kind of pain he can play through. A broken hand ended his 2016 playoffs and helped turn a 2-0 first round Clippers lead into a 4-2 series win for the Portland Trailblazers. One year later, his final postseason with L.A. was marred by a foot injury that manifested in a 19-shot, 13-point performance in a Game 7 loss to the Jazz.

Paul hasn’t even been able to get through the Warriors series without tweaking something – he stayed on the court in Game 4 despite foot pain to rally his team to a vital victory in Oakland.

Now he’ll try to shake off another injury as he faces the biggest games of his career. Paul has been vital to the Rockets’ playoff run to date, averaging 21.1 points (up from 18.6 in the regular season), 5.8 rebounds, and 5.9 assists per game. Each of his 25+ point performances have resulted in Rocket wins.

With his club one game from eliminating the defending champions, the Rockets need Paul more than ever. Game 6 will be a trip into hostile territory against a wounded opponent. If the future Hall of Fame point guard isn’t 100%, it’ll be tough to have much confidence in a Houston team with plenty left to prove this postseason.