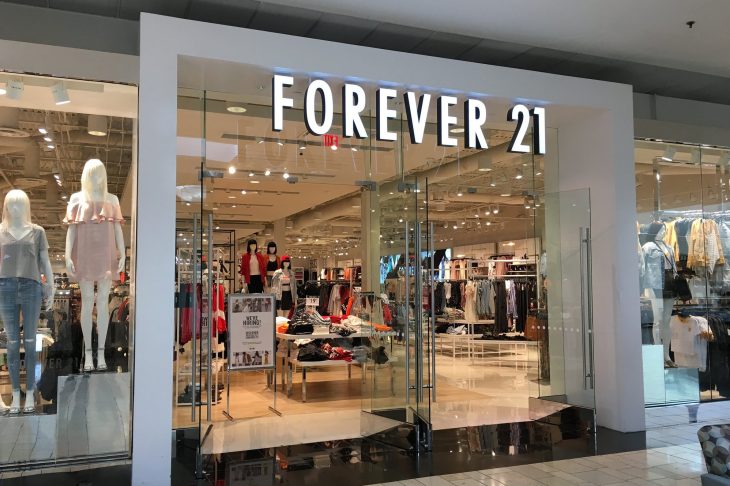 Flickr/ kenjonbro Several companies have been in the news recently because of their affiliation with religious beliefs. Many, such as Chick-fil-A and Hobby Lobby, have also referenced their religious...
by Raquel Jayson August 22, 2019 350 Views

Several companies have been in the news recently because of their affiliation with religious beliefs. Many, such as Chick-fil-A and Hobby Lobby, have also referenced their religious beliefs as they have taken a stand on particular political issues.

Beyond those who have publicly made statements regarding their religious affiliation, there are also many other companies that are founded on messages of faith.

Here is a list of 20 companies that you may or may not know had religious roots.

In-N-Out Burger prints several Bible references on its cups, containers and wrappers. Some of the scriptural references include John 3:16 and Proverbs 24:16.

Rich Snyder was a born-again Christian and the founder of the West Coast fresh burger company. Early on, Snyder decided to use his company to share his beliefs. The company has continued to do so ever since.

Hobby Lobby has not only become known for its lawsuit against the U.S. government concerning the company’s fight against mandatory contraception, but it has also highlighted its Christian beliefs in religious products that are sold.

Religious advertisements around Easter and Christmas have also been a custom for Hobby Lobby since 1997, finding their way into more than 290 newspapers each year.

The company motto calls all employees to commit to “honoring the Lord in all we do by operating the company in a manner consistent with Biblical principles.”

This popular clothing company owned by the Chang family also has its own Christian mark as each yellow shopping bag contains the biblical reference to John 3:16.

The King James Version of this verse reads: “For God so loved the world, that he gave his only begotten Son, that whosoever believeth in him should not perish, but have everlasting life.”

A family-owned company, Chick-Fil-A has always been centered on Christian beliefs.

When starting the company, Truett Cathy decided to base his business on hard work, humility and biblical principles. In applying those principles, the restaurant chain has followed a “closed on Sunday” policy, without exception, according to the website.

The company’s beliefs have also been in the news lately, after several remarks were made regarding pro-marriage beliefs.

Tyson speaks openly about the company’s core values in which it strives to honor God and be a faith-friendly company.

According to CNN, Tyson recently donated money to launch the Tyson Center for Faith and Spirituality in the Workplace at the University of Arkansas.

John Willard Marriott, a member of The Church of Jesus Christ of Latter-day Saints, founded the Marriott Hotel chain and supplied many of the rooms with not only the Bible but The Book of Mormon.

Gary Heavin, a born-again Christian and founder of Curves, has often been outspoken regarding his religious beliefs.

Founder Carl Karcher was a committed Catholic and funded many Catholic charities. Karcher also started the tradition of saying the pledge of allegiance and having a prayer before every meeting.

When flying with Alaska Airlines, passengers receive an inspirational notecard with a Bible passage included with their breakfast.

CEO David Neelman is a member of The Church of Jesus Christ of Latter-day Saints.

Neelman has been very open about his religious influences, stating in the book “The Mormon Way of Doing Business” that lessons he learned while on his LDS mission have impacted how he runs his company.

The company has continued to operate promoting Christian values and principles.

CEO John Mackey is a practicing Buddhist who has incorporated many Buddhist ideals into the company’s mission.

Mackey, along with his co-founder, Walter Robb, has also committed to maintaining a salary cap. Both men believe companies should aspire to a higher purpose than just being profitable.

The former athlete has said his religious beliefs and personal integrity guide him in his business decisions.

For example, Foreman does not invest in products or sellers that promote alcohol consumption.

CEO Jeff Swartz was raised with a Jewish upbringing and recently cut ties with a Chinese factory after learning that many human rights had been violated there.

Although the company took a hit for this decision, Swartz expressed that it was necessary.

CEO Tom Chappell received a master’s degree at Harvard Divinity School and nearly left his company in order to pursue full-time ministry. Instead, Chappell has decided to run his business as a ministry and has since brought in spiritual leaders to guide him and his employees.

Founder Phil Anschutz’s companies include conservative publications such as the Washington Examiner and the Weekly Standard.

Anschutz has continued to give sizable donations to family-friendly and Christian-based projects such as “The Chronicles of Narnia.”

With its religious beliefs in its company name, Covenant Transportation represents the covenants made with God in the Bible.

The company’s logo is also of a scroll, representing the Bible.

This car battery company also has paid chaplains and applies biblical principles to its business.

The company’s mission statement states that they strive to “glorify God as we supply our customers worldwide with top quality value-priced batteries.”

This weapons-making company has inscribed coded biblical references on high-powered rifle sights used by the U.S. military. The practice was highlighted by NBC, in which the company explained that it was started by the their late founder, Glyn Bindon.

In a 1997 interview, Mary Kay Ash, founder of the cosmetics company, attributed her company’s success to the choice to “take God as our partner.”

Future and 21 Savage Rented Out Six Flags For the Impoverished Areas In Atlanta! Look At The Kids!