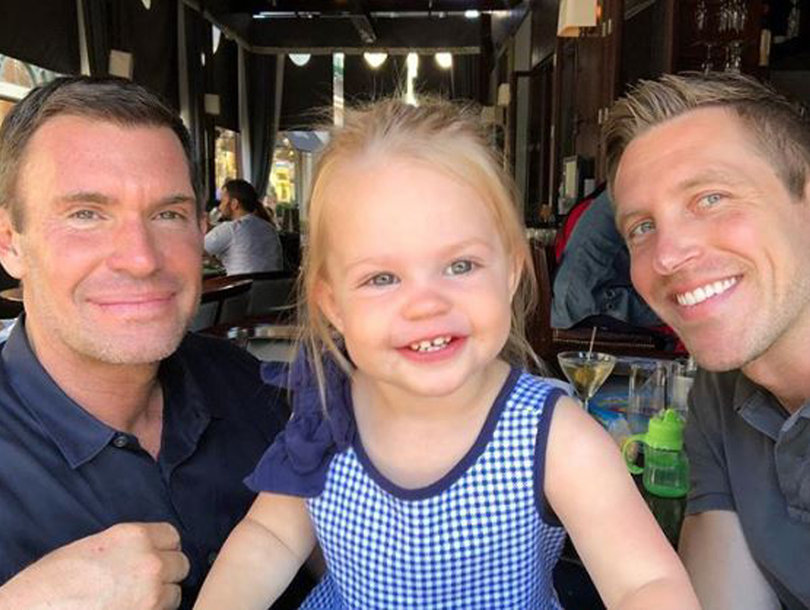 Here’s Why ‘Flipping Out’ Star Jeff Lewis’ Two-Year-Old Daughter Was Expelled From Her Preschool  Jeff Lewis’ two-year-old daughter has been expelled from her prestigious preschool after he criticized it on...
by Jasmin Williams September 18, 2019 183 Views

Jeff Lewis’ two-year-old daughter has been expelled from her prestigious preschool after he criticized it on the radio.

During Tuesday’s episode of his SiriusXM radio show, “Jeff Lewis Live,” the “Flipping Out” star announced that his daughter, Monroe, had been axed from Montessori preschool last week.

Lewis, 49, explained that he received a call from the headmistress on Friday, who said there was an “issue” or “incident” regarding his daughter.

“I received a call on Friday night, it was left on my voicemail,” Lewis recalled. “There was part of me that thought I did something, but I really thought maybe Monroe did something, and I was kind of hoping that Monroe did do something like she bit someone or threw sand at someone’s face.”

“We can only hope that it was her and not me,” he admitted.

The next day, the headmistress delivered the devasting news. According to the school official, the institution received complaints about negative comments Lewis had made about the school on his radio show.

“Apparently I’ve mentioned a few things about the school on air,” Lewis said.

The Bravo star then recalled previous remarks he made about “Back to School Night.” He also remembered he had read two emails from parents on air.

Unfortunately, Lewis’ efforts to get a second chance for Monroe backfired.

“The conversation lasted 20 minutes,” he recalled. “For the first 12-13 minutes I groveled and then when I realized there was no hope, it got a bit contentious. I said, ‘I cannot believe this is the Montessori way!’ You don’t get to make amends. There are no second chances, no warnings — nothing. It was immediately, ‘She’s expelled.'”

According to Lewis, the headmistress also said Lewis “bullied” two mothers on air. He denied the claims. “I said, ‘Are you kidding me? Bullied? I read two emails! I didn’t say somebody was fat, all I did was read two emails!'”

Although the headmistress said there was only one complaint and admitted it wasn’t from any of the two mothers he spoke about on his show, she expressed that she was “expecting their call any day.”

“I said, ‘You know what is bullshit? The fact that you said at ‘Back to School Night’ how much you care about our kids,” he recalled. “What a crock. You care so much about my kid you’re going to kick her out without any sort of ability to have a second chance?'”

Despite his frustrations, Lewis later apologized about his words.

“I take full responsibility,” he said. “I am really, really sorry. I feel terrible about what happened. I know how it has affected Monroe. I will never do this again.”

Ultimately, Lewis explained that the preschool wasn’t the good fit for Monroe, who he shares with his ex-partner, Gage Edward.

“I picked the wrong school,” Lewis said. “Next time, I’m going to trust my gut. I felt like the school was too regimented, too structured. I think, it’s not a college prep course. It’s preschool.”

“Everyone takes themselves so seriously at that school,” he continued. “I think these people are arrogant, they’re pretentious… I don’t want Monroe to be in a strict school with overachievers and massive homework. She has her whole life to be stressed out. It’s preschool, let her be a kid and have fun.”

Torrie Hart Is Spilling Her Tea On Tour