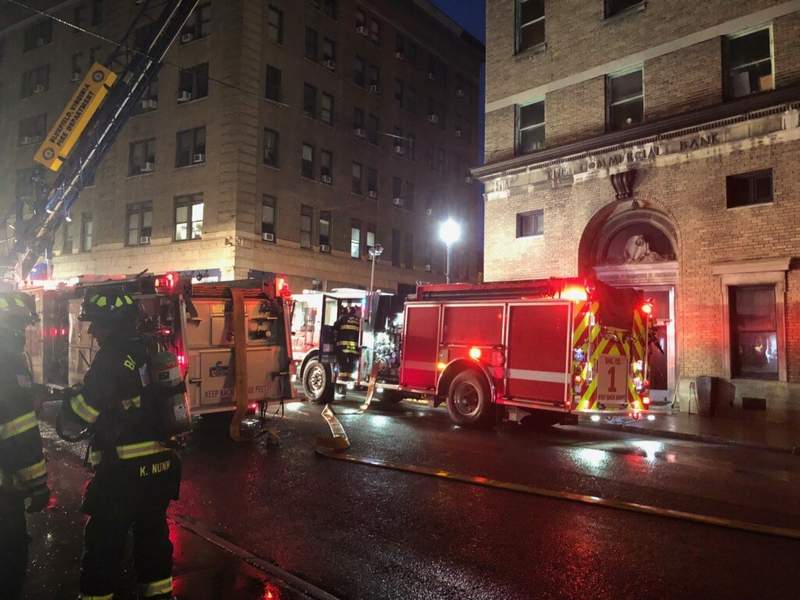 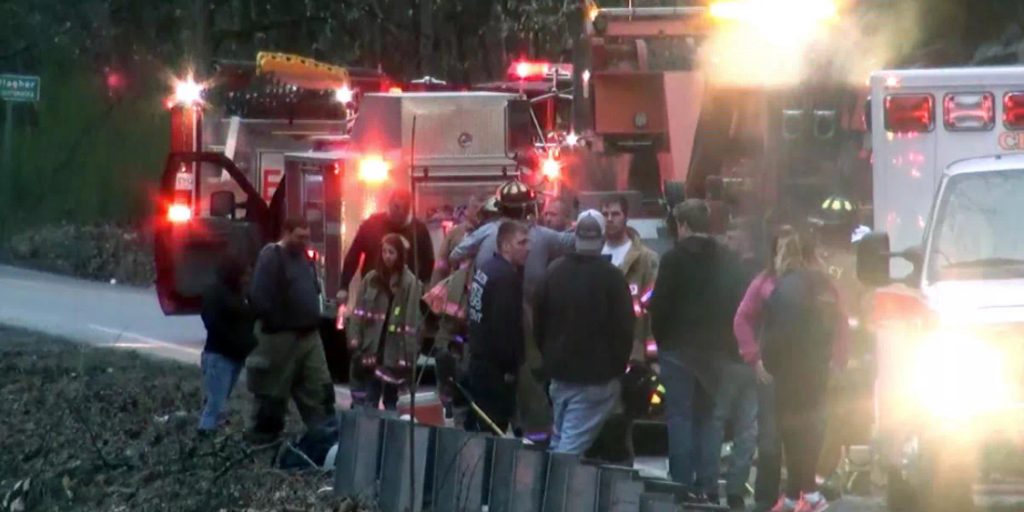 CHARLESTON, W.Va. – Authorities on Sunday released the names of five people killed in separate weekend crashes in West Virginia, including two firefighters whose fire truck hit a rock wall while responding to the other accident. Five members of the Pratt Volunteer Fire Department were en route to a wreck on Interstate 64-77 on Saturday evening southeast of Charleston when their truck hit the wall along state Route 83.

“It was just an absolutely horrific tragedy that none of us has ever experienced,” Pratt Deputy Fire Chief Rod Johnson said Sunday. “We were all close friends. We all grew up together around here. There’s no words that’s going to ease the pain. What’s helping everybody is the town, the citizens, the fire departments from all over the state and country are truly supporting us.”

Johnson said assistant fire chief Michael Edwards, 46, and Lt. Thomas Craigo, 40, were killed. Edwards had 25 years of service as a firefighter and Craigo spent about 15 years with the department. Johnson said both men had recently gotten married, including Edwards about a week ago.

Fire Chief Timothy Walters was in critical condition at a Charleston hospital and firefighter Bill Hypes was in stable condition. Both had head injuries, Johnson said. Firefighter Kyle Jenkins was treated and released Sunday.

Johnson said a candlelight vigil was planned outside the fire station Sunday night.
The other accident involved three vehicles on Interstate 64-77, also known as the West Virginia Turnpike.

“Everyone, we all do this together, we get to know each other and we’re like a family,” Shane Hudnall of West Virginia Division of Highways told CBS affiliate WOWK. “It’s always hard when there’s a fatality but when it’s someone you work with, and see on a day-to-day basis, it’s extremely difficult.”

State police spokesman Capt. Reggie Patterson said in a news release that a car driven by Beatrice Patrick, 77, of Salyersville, Kentucky, was going the wrong way in the southbound lanes when it struck another car head on. The second car then left the road and struck a disabled box truck.

Patterson said the driver of the second car, James W. Platte, 49, of Westphalia, Michigan, and his wife, Tonya Platte, 38, were killed. The driver of the box truck, Jordan Napoleon, 40, of Greer, South Carolina, was taken to a hospital with minor injuries.

State police are investigating both accidents. Gov. Jim Justice asked for prayers for those involved.

“Our first responders risk their lives every day for us and when events like this happen it serves as a somber reminder of just how dangerous the public service they provide for us can be,” Justice said in a statement.

According to the U.S. Fire Administration, an entity of the Federal Emergency Management Agency, more than 95 percent of West Virginia fire departments are all or mostly volunteer.

It marked the end of an especially deadly week for firefighters nationwide.

In York, Pennsylvania, two firefighters were killed and two were injured when a former piano factory collapsed Thursday. A New York City firefighter died Friday after battling a fire at a movie set in Harlem. And a firefighter in Ellinger, Texas, died Friday of injuries sustained while battling a large grass fire earlier this month.

© 2018 CBS Interactive Inc. All Rights Reserved. This material may not be published, broadcast, rewritten, or redistributed. The Associated Press contributed to this report.