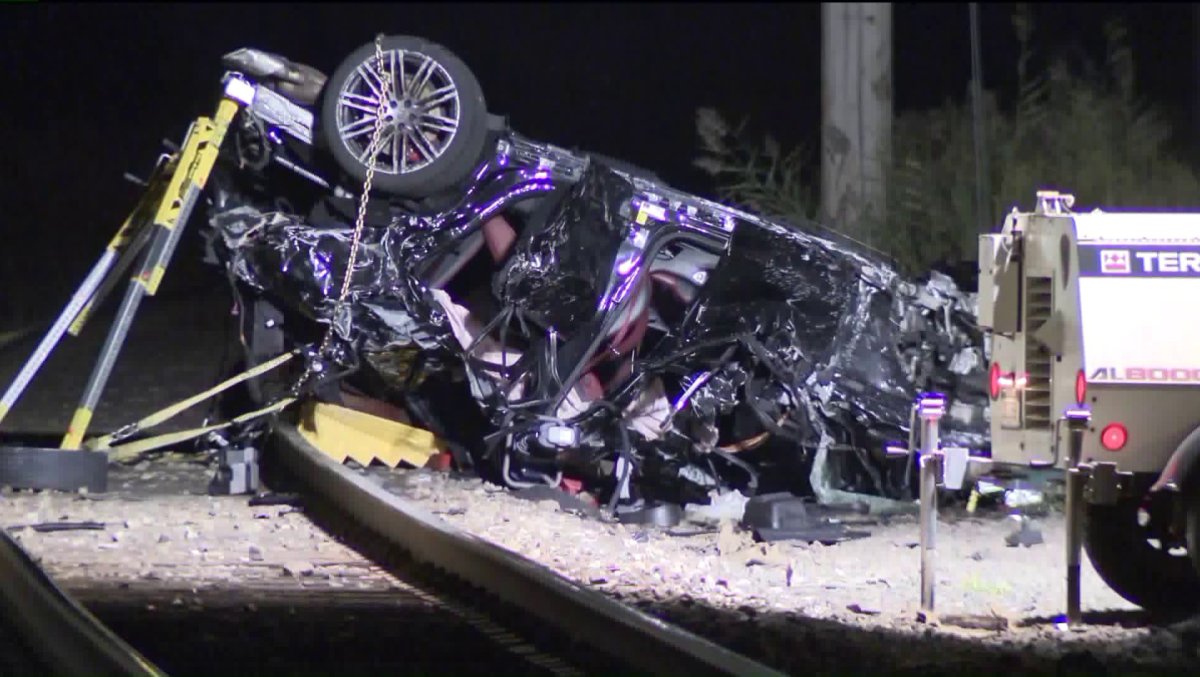 A Rockland County community is in mourning after a fiery crash killed two teens and left another with serious injuries. A collision sent their SUV plunging 50 feet off an overpass onto train...
by Zach Freeman October 14, 2019 339 Views

A Rockland County community is in mourning after a fiery crash killed two teens and left another with serious injuries.

A collision sent their SUV plunging 50 feet off an overpass onto train tracks below on Sunday afternoon.

Saniha Cekic, a 15-year-old girl from Brooklyn, and Altin Nezaj, a 17-year-old boy from Pearl River, were both killed. The driver, 17-year-old Aisha Radoncic from Orangeburg, was badly hurt but survived, CBS2’s Tony Aiello reported.

Cekic’s heartbroken father said she was an honor student at Edward R. Murrow High School with dreams of becoming a doctor or lawyer.

He said his daughter and Radoncic were cousins and were spending the long weekend together at her aunt’s house in Rockland County.

“They were closing the pool for the season and they went to go buy bagels or something,” he said holding back tears. “That was her destiny.”

Radoncic and Nezaj knew each other from Pearl River High School, where they were seniors.

“We find ourselves in the midst of an awful, awful tragedy. Two senior students were involved in a horrible accident yesterday,” Superintendent Marco Pochintesta told reporters Monday.

Pochintesta said grief counselors would be on hand to help students throughout the week.

“This is a remarkable community for its resilience and its ability to come together in times of tragedy, and this is no different,” he said.

“We’re always going to remember Altin Nezaj as the terrific student and athlete that he was,” he added.

Residents said they heard the crash around 3:30 p.m. Sunday near the Crooked Hill Road Overpass on Route 304 in Pearl River.

“I was washing the car and, all of a sudden, I heard this big bang,” neighbor Joe Geppner told CBS2.

They desperately tried to help as the teens’ Porsche burst into flames.

The driver of the other vehicle was not hurt. There’s no word on what caused the collision.

Route 304 was shut down and part of the NJ TRANSIT Pascack Valley line was suspended in both directions as emergency responders worked to extinguish the fire.

“Thank God the fire department came and they started dousing it with water and whatever else they could,” said Geppner. “To tell you the truth, it took a long time. I kept seeing the flames. No matter what they did, they just kept coming up.”

In keeping with Muslim tradition, Saniha Cekic was to be laid to rest quickly. Services were planned for a mosque in Astoria, Queens on Monday night, Aiello reported.

Person of interest taken into custody, but 3-year-old Alabama girl remains missing after being abducted at birthday party