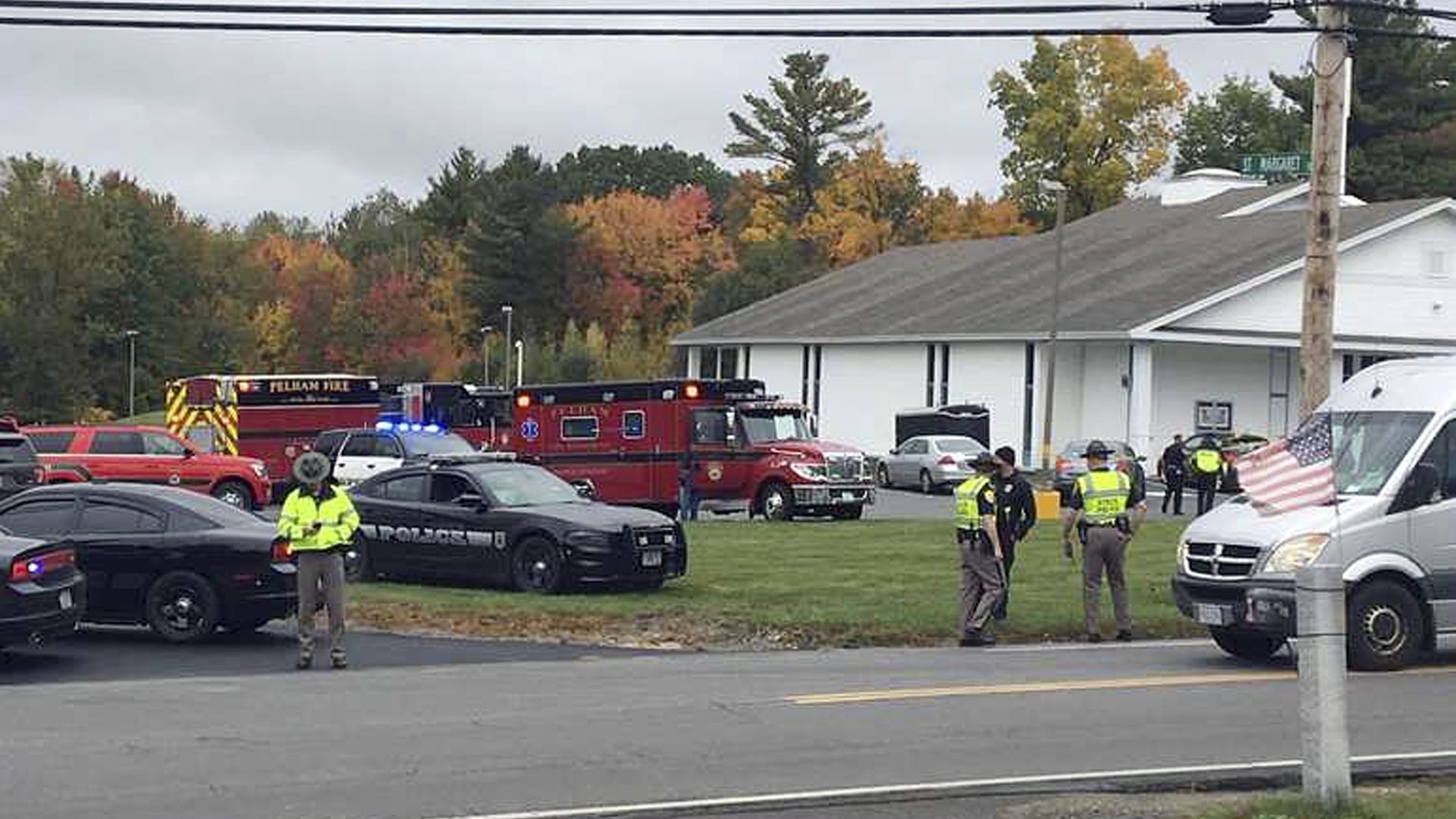 Police descended on a small New Hampshire town Saturday morning after a shooting at a church, but there were no fatalities and a suspect was taken into custody, officials...
by Zach Freeman October 12, 2019 180 Views

Police descended on a small New Hampshire town Saturday morning after a shooting at a church, but there were no fatalities and a suspect was taken into custody, officials said.

Authorities responded to the New England Pentecostal Church in Pelham, a town of about 13,000 on the border of Massachusetts, around 10 a.m.

Photos of the church showed ambulances, fire and police personnel on the grounds.

Police say two people were shot during a wedding ceremony at the church before guests subdued the shooter until police arrived.

Pelham’s Police Chief Joseph Roark says no fatalities were reported in the shooting.

Roark says a man and a woman were shot. A third person suffered minor injuries while subduing the male suspect. Roark said the people in the church “tackled” him.

Roark would not provide additional details, although he said it was “not a random shooting.”

It’s unknown if the two people shot were part of the wedding or there as guests. Police said the shooter arrived at the scene after the wedding began.

Lowell General Hospital in Massachusetts said in a statement that it received one patient from the shooting who has since been transferred to a hospital in Boston. No other details were released.

Hillsborough County Attorney Michael Conlon said a suspect was in custody but no other information was available.

Pelham is nestled between Concord, New Hampshire’s capital, and Boston.

A memorial service for Luis Garcia was set to be held at the church at noon Saturday. According to his obituary, he was a minister at the church.

The 60-year-old was killed earlier this month. A man has been charged in his murder and is jailed.

Ja Rule Struggled To Be ‘Real’ While Addressing Whether It Was Ashanti Or J. Lo On His 2000s Mega Hit

Kamala Harris Displays The Art Of The Clapback With Donald Trump Jr.