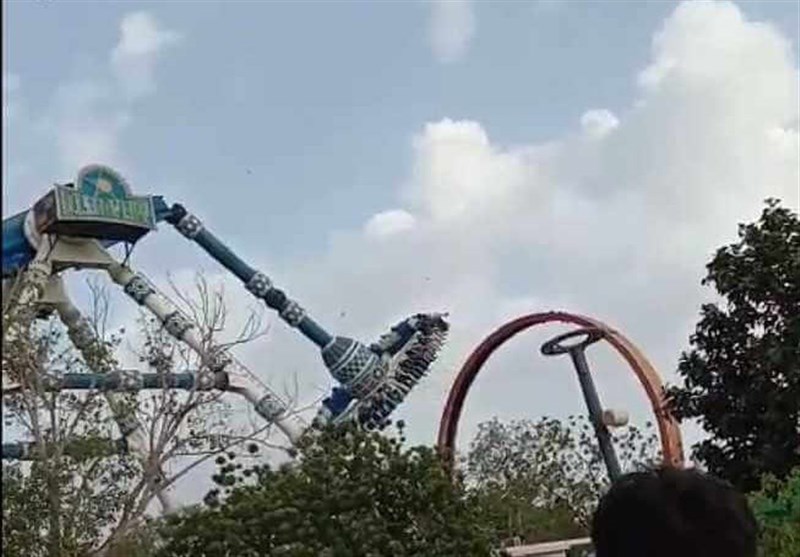 2 Dead and 27 Or More Injured At An Amusement Park This Past Weekend! The Ride Snapped In Half!

Get short URL
FILE PHOTO: Kankaria Adventure Park © YouTube / Tour Guide
At least two people lost their lives in a horrific accident at an amusement park in Ahmedabad, India, after a ride filled to capacity snapped in half mid-air and crashed to the ground.

The main shaft of the Discovery pendulum ride broke just as it started gaining speed, sending everyone on board tumbling. Disturbing videos from the scene show the moment of the incident, as well as people rushing to assist the injured.

Two people were killed in the tragedy, while 15 others were rushed to the hospital with serious injuries, Vijay Nehra, the Ahmedabad Municipal Corporation (AMC) commissioner, said.

“The AMC fire department conducted swift disaster response operations. The heads of departments of paediatrics, ortho and surgery reported to the hospital and the injured are being treated,” Nehra said.

An investigation was launched into the cause of the incident to see if the Kankaria Adventure Park had a proper license to operate the ride, and the maintenance of the ride is being probed.

A man injured in an accident at an amusement park in Ahmedabad, July 14, 2019 © AFP / Sam Panthaky
Think your friends would be interested? Share this story!

Its Official, Diddy’s Making The Band is coming back to TV!