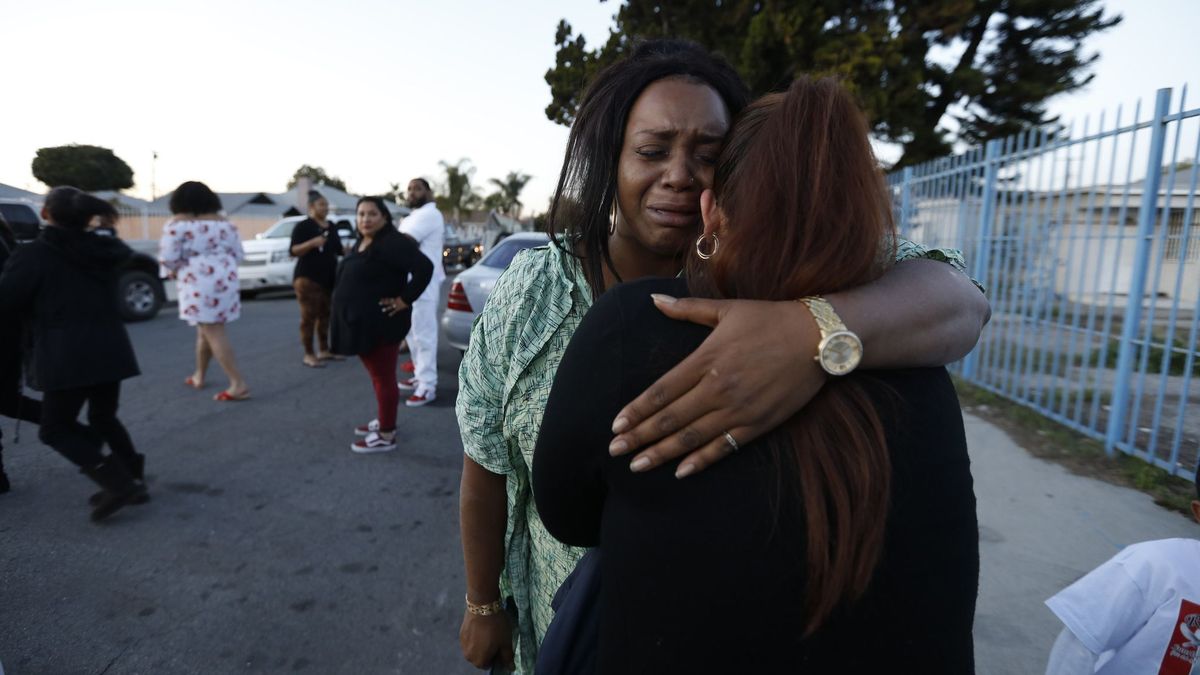 1 Dead, 2 Wounded in Shooting During Funeral Service at Compton Church

A man died and two others were wounded after gunfire erupted during a fight outside a Compton church where a funeral was being held on Friday, and...
by Raquel Jayson January 26, 2019 3500 Views

A man died and two others were wounded after gunfire erupted during a fight outside a Compton church where a funeral was being held on Friday, and the shooter remained at large hours later, officials said.

Deputies were called about a shooting outside the Holy Trinity Baptist Church in the 1900 block of East Compton Boulevard at about 12:45 p.m., Los Angeles County Sheriff’s Deputy Morgan Arteaga said.

The memorial was being held for 29-year-old Jakeira Green, who died in a car crash in Louisiana, attendees said.

During the service, as her grandmother was eulogizing, a man suddenly stood up and began yelling and cursing.

“Words were said inside the service that somebody took offense to,” said sheriff’s Lt. Derrick Alfred. “A verbal altercation occurred inside. It spilled outside, along with a large crowd.”

The argument quickly turned into physical brawl in the parking lot, Alfred said.

“Emotions got out of hand,” he told KTLA. “During the course of more people getting involved, somebody produced a handgun, fired multiple rounds and three people were hit.”

One man was pronounced dead at the scene. The other two victims were hospitalized in stable condition, officials said.

Blood-stained clothing dotted sidewalks where they were treated.

During the mayhem, two drivers collided in the street as they tried to flee. Detectives would like to speak with family members who fled, Alfred said.

“We know that this is a horrible incident,” he said. “We know that there’s a lot of people that were there that are angry about what happened, and we’re hoping that they’ll come forward and talk to us.”

Neither the shooter nor gun used in the shooting had been found as of Friday night. But some evidence was recovered from the gunman’s getaway route, officials said.

Investigators indicated they know who the suspect is but still need to track him down.